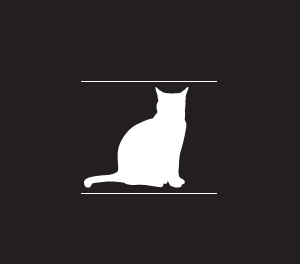 What can Gabby Petito’s life; and sadly, even more so her death, teach us?

Will the mother who notices her son gaslighting or belittling his girlfriend choose to say something? Will the father who notices his son bullying another or laughing at the expense of another’s dignity step in and put him in his place or will he choose to laugh along and agree with him? Will the friend who sees her friend being berated or put down by her boyfriend step in or will she choose to believe “it’s not my business” or “I’ll give them some space”.

These men were once boys. Boys who were taught over time that there weren’t consequences to their behavior. Boys whose parents or friends joined in and justified the behavior all the while knowing deep down it was wrong, but maybe didn’t want to become the focus of their cruel behavior.

How many times have you personally witnessed ill treatment of someone you cared about but chose to “stay out of it” or “mind your own business”?

How many times after you left him did you think, “but he really did love me”. Or “what if I never find someone who will love me as much as him?” Or “what if I’m not capable, strong or smart enough to do this (life) without him?” Or “I feel like a terrible person because I left someone for loving me too much”. Or “what’s wrong with me?” Or how about this one, “I was only able to leave because he was finally willing to let me go.”

The reality is too many times! Too many times, you looked away or chose to remain in denial that what you were seeing, hearing, and experiencing wasn’t true or valid enough to trust your instincts and do something about it. For whatever reason, I don’t blame anyone. We are all guilty.

The truth is, once you know better DO BETTER! There are so many people with eyes on Gabby’s story expressing pity for Gabby’s circumstance or disgust towards Brian. The reality is you likely either have a Gabby or a Brian or both in your real life! Choose to see this as a time to evaluate who you know (yourself, family or friends alike) and choose to SAY SOMETHING, or educate yourself on the the signs of True Narcissism. I realize that recognizing this in your boyfriend, husband, son, brother, friend, girlfriend, wife, mother, daughter, or sister (because YES, woman can be true Narcissists too) is terrifying and your first instinct is to rationalize, justify, or deny because you also carry shame and guilt for how and why they are as they are. Learning to listen and acknowledge the signs can AND probably will save someone’s life, even if only their mental and emotional dignity.

Here’s an article about how to identify the signs of a true narcissist.
https://www.healthline.com/health/mental-health/am-i-dating-a-narcissist